Success Story: The Surest Way To Fail Is To Quit

“Always read the question at least twice. Several times I had to fight through the feeling that I should just hit the end button and go round again in six months. DO NOT GIVE IN. The surest way to fail is to quit.” 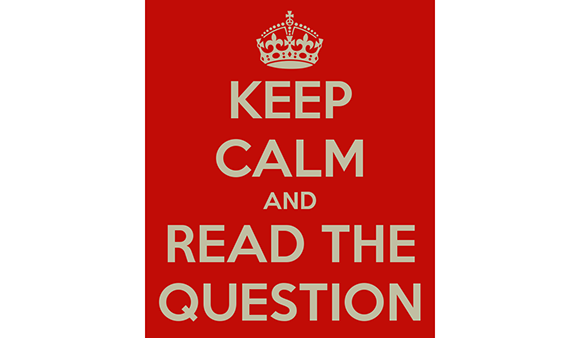 This was my fourth attempt at the exam, the first two being oral, for my third attempt I used David’s publicly available materials and anything I could get my hands on I studied hard, felt well prepared, and thought I had done well.

CAB decided that my test results would be thrown out due to quality assurance issues, and offered a retest.

After missing on the third attempt, I knew that I needed a solid base of material to guide my studies, so I purchased the Ultimate Whole Enchilada in Mid February. It was worth every penny. I began studying promptly intending to take the exam mid march. Calling to schedule near the beginning of March, I found no dates before MAY.

Fully intending to  be prepared for my now May 6 exam date, I began using OMCES and was scoring in the 98%+ range on all the tests by the beginning of May.

On May first PSI e-mailed to let me know that they were remodeling and my test was canceled.

I called on May 2, and was informed that no seats would be available. I called repeatedly trying to get PSI to  make the situation right. Then a few days later CAB announced that all seats for May and June had been canceled. For some time no date was set to resume testing.

Discouraged I set my studies aside for a month… MISTAKE! I should have continued with the audio companion, but I resumed studying at the beginning of June for a July 11th test date. Activating the additional month of OMCES I began again to work through the practice tests. Again regaining the 98% status for the most part (I don’t think I ever achieved better than a 97% on category IIA.)

The last couple of days before my exam, I continued working with OMCES and reviewing the sections of the study guide where I seemed to be having difficulties. The last minute review two days before my exam, tripped me up on a couple of memorization items that I thought had stuck early on. That threw my confidence a bit… But I thought I recovered well and felt good about my general knowledge level. Wishing for more material on the CAL Green, I figured that it would only be a question or two tops. Realizing that you don’t have to know it all is a tough lesson for any perfectionist to learn… up there with learning that you can’t use the entire project fee on S.D.s :)

The day before my exam I had the house to myself, and spent it on one more pass through the sections of OMCES where I was weakest. Early in the day I had decided to stop studying by six, and I stuck to that plan. Being as nervous as I have ever been, I decided watched a brainless science fiction movie. I went to bed early. Usually I fall asleep easily, but…

On exam day, I woke at half past six, started my day with a glass of water, and some quiet time. I had a high protein breakfast and half a cup of coffee. Dressed my best, and headed off to the testing center, intending to arrive early even by PSI standards. I arrived at the door to PSI’s suite at precisely 8:30, they opened the door about a minute later and a troop of exam candidates proceeded to begin the check in process.

Then true to form, my treacherous bladder kicked in, so I went down the hall for a couple of minutes.

I returned and waited to complete the check in process and begin my exam. The proctor had to take my thumb print three times to get a match.

Stepping up to the assigned station and seeing the windows logo, the proctor knew something was wrong. So after being escorted back out, I was informed that my picture had not saved properly. So I sat down in the uncomfortable red plastic chair, and they adjusted the lights to shine directly into my eyes, and pointed the $1.99 web cam in my general direction. I removed my glasses, and completely failed to look pleasant or confident. My inner monologue chimed in with “So, this is how this day is going to be.” My picture taken for the second time, and properly saved, I proceeded back into the exam room.

They need to hire one of us to redo the exam rooms.

As instructed I did not begin to look over the exam packet until the first question was in fact displayed on my screen. I read the description briefly and jumped in. Surfacing about 40 Minuites later I reviewd the questions I had marked, and had about three minutes left on my timer.

My treacherous nervous bladder struck again, so I decided to use the three min. I would have cast away by clicking the end button to go down the hall again.

Signed back in, and proceeded with the long portion of the exam. I remember having to say a brief prayer and do a mental coin toss on several questions. It was almost always easy to eliminate two answers. Looking back on it I knew about 75% after reading and re-reading the questions. ALWAYS READ THE QUESTION AT LEAST TWICE. Several times I had to fight through the feeling that I should just hit the end button and go round again in six months. DO NOT GIVE IN. The surest way to fail is to quit.

After a bit less than two hours I surfaced from the first pass with about sixteen marked questions. Knowing that my first inclination is usually correct, I only changed two answers. And then my inner monologue chimed in with “You guessed on too many… There is NO WAY you could have passed.” But I knew also that, like any good cub scout, I had done my best. I said another prayer and took a deep breath before pressing the end button.

Then I had to press the “Yes I truly meant to hit the END button” button.

Then faced the prompt of “Please type ‘YES’ in the box if you really did intend to end the test.”

By this time my brain was hurting and my intellect was exhausted, so I was in the mental equivalent of neutral.

Also my bladder was screaming again, and I proceed out of the testing room, just knowing that if they give me my results then I would embarrass myself in ways far more humiliating than not passing. To gain time to steel myself for the approaching doom, and avoid having to clean up a puddle on their cheap institutional grade non-absorbent carpet, I said to the proctor “Before you give me my results, I need to go to the bathroom!”

Returning, I immediately saw the proctor holding papers with the printed side facing her chest. Certain she was being coy with my results, and not wanting to disappoint me. I’d seen enough to recognize the same blue cover page I’d received before, and I just knew it said “Sorry to inform you…”

She handed me the packet, and I began to scan the page. About a third of the way down the page I saw “Congratulations…” I read it three times in total stunned disbelief before numbly asking the proctor, in a quavering voice, “Does this mean I passed?” Stifling a laugh she pointed out that there was an application for my architects license on the second page.

Mechanically, I gathered my belongings, and walked to my car, where I read the whole packet, again, and finally called my wife.

We had agreed, regardless of the outcome, I should get some sweet bread. We would either celebrate or commiserate. So I found myself standing in front of the bakery case thinking “I have to make a decision… I DON’T WANT TO MAKE ANY MORE DECISIONS” I eventually picked the breads and drove home… Exhausted and Triumphant.

My advice to other candidates is…

First, know the material to the point that you are thinking about it all the time. When you lie down at night and wonder what to do if there is a conflict between accessibility and ADA? Or when you see an issue related to the CSE, you hear David’s commentary even though your ipod is locked in the car.

Secondly, get enough sleep, have a good breakfast, and take your B complex each day. Especially on exam day. And schedule you exam time for your best time of the day. Being a morning person, I scheduled mine for nine.

Third, do something to relax the day or two before your exam. Personally, I like walking the dog.

Fourth, don’t let the studying consume your life. Spend time with friends and family doing something fun. If you cram for a month before the exam you will likely forget much of the valuable information you have learned by a month after.

Fifth, allow your friends and family to support and encourage you.